13.10.2015
In preparation of ’BURST – the talkshow’ I am trying to interview the californian solar-expert John Perlin. Perlin is a tireless advocate of solar energy and his long-term activities and research emits a surprisingly optismistic belief in the potential of solar power to completely change the energy patterns of capitalist civilisation. The current death spiral of fossils fuelled destruction of the atmospheric shield might be avoided if political leadship dare opt for large scale solar energy .

John Perlin don’t like Skype so I try to record my interview with him via a newly acquired app on my mobile phone. The connection is already miserable as we are talking and even though we have very pleasant and energetic conversation, already during the interview I suspect something is completely wrong with my recording. The next morning I find it completely impossible to hear any of Perlins part of our conversation and I have to abandon my idea of presenting our conversation as the last and surprisingly optimistic entry in the Burst Talkshow. Instead I (in the guise of Pope Francis) improvise a fast summary of Perlins ideas, to much bewilderment to the audience, that by this time in the program looks quite doomed, overwhelmed by the all too realistic prospects of an approaching climate apocalypse. 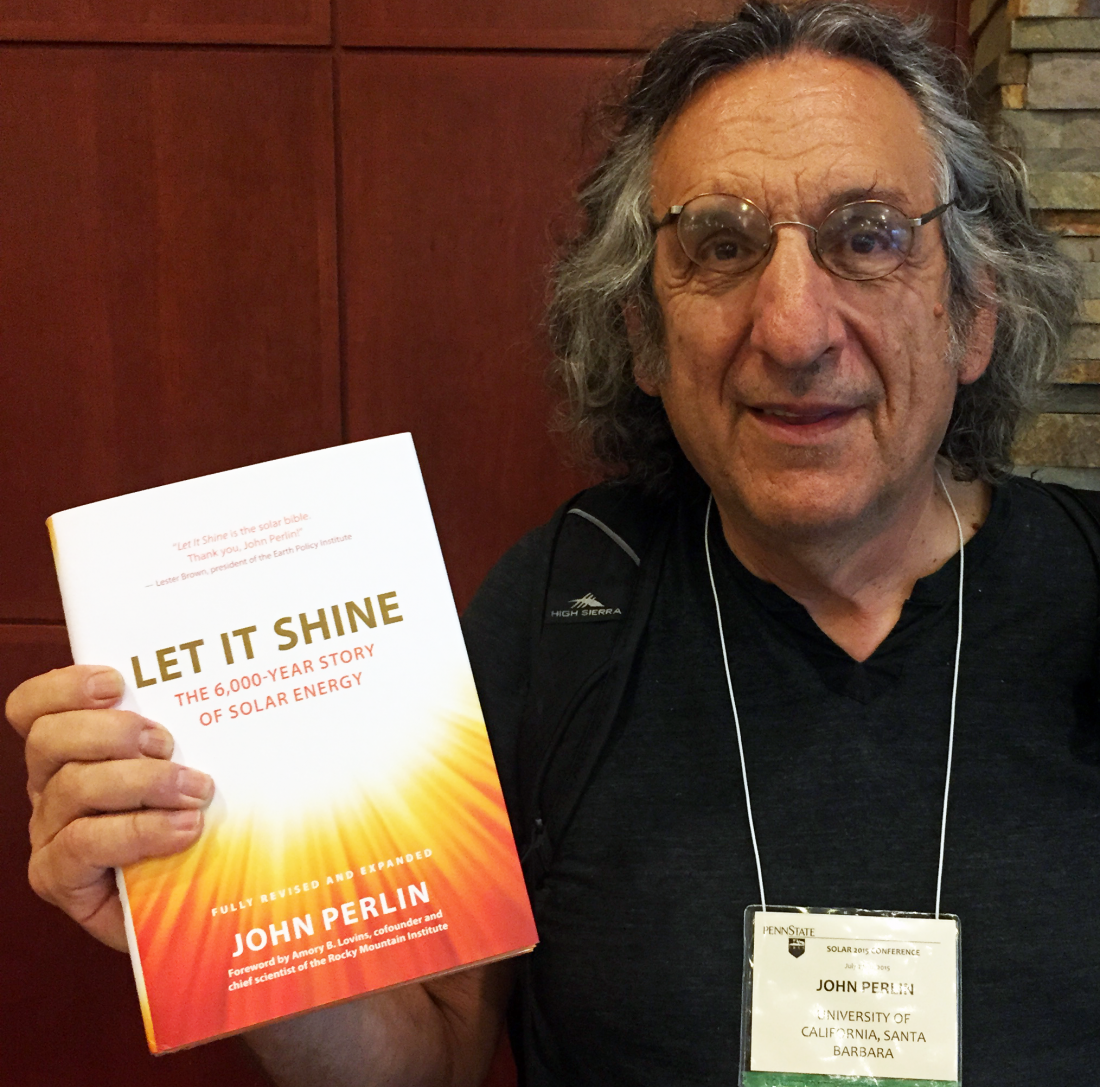