22.6.2016
If we think of the various crises within the research-field of Synsmaskinen – the climate crisis, the financial crisis, the social crisis etc.. – as one all-encompassing crisis – the crisis manifested by neo-liberal capitalism; then the various phenomena we are investigating must be understood as different, local manifestations of that same global crisis. The governmental coup d’état that is happening right now in Brazil must be understood as yet another local manifestation of the crisis, just as the climate-related holes in the siberian tundra was a local manifestation of the global crisis.

We might call this global crisis a Hydra-crisis. Hydra in the sense that it cannot be fought nor understood in any of its singular manifestation, but only as a multi-headed beast; if you attack and kill one head , another head will respond. Neo-liberalism survives and expands by the Shock-Doctrine (N.Klein) – an unlimited string of crisis and reforms. This is the neo-liberal Hydra attacking societies and public governance in a chain of crisis & reform.

The various reactions to the hydra of crisis & reform – the local attempts to get beyond the neo-liberal system and its chronical crisis, thus share a similar global connection: They are also local, but yet connected manifestations of resistance and/or ‘another world’. The occupation of an empty housing block in Mostoles and the conceptual manual guiding the occupation – as descibed in the film La Dignidad, the synsmaskinen-entry by Michelle Teran/Dull Hernandes - and the current protests against the coup d’état in Brazil, both can be understood as emergent attempts to get beyond the global crisis.

In the global chain of insurrections – the globalization movements – around year 2000 one key term was ‘the swarm’:

“Swarming occurs when the dispersed nodes of a network of small (and perhaps some large) forces can converge on a target from multiple directions. The overall aim is sustainable pulsing – swarm networks must be able to coalesce rapidly and stealthily on a target, then dissever and re-disperse, immediately ready to recombine for a new pulse.” (D.Ronfeldt, J.Arquilla, et al, The Zapatista ”Social Netwar” in Mexico (Rand Corporaton, 1998), chapter 2)

The Hydra might be seen as an enlarged version of the swarm. The World Social Forum, that initially took place in Porto Alegre, Brazil is based on an universal transversality. A diverse swarm of local and global resistance organisations and movements come together to unite forces against neo-liberal globalization. The World Social Forum might be understood as a counter-hydra; a global ensemble of local resistances, that potentially converges into a forcefull hydra of resistance.

The critical utopias of the World Social Forum thus manifests the emergent potential, not of ‘another world’, but of a whole series of possible other worlds. A Utopia-Hydra of interconnected but diverse other worlds. 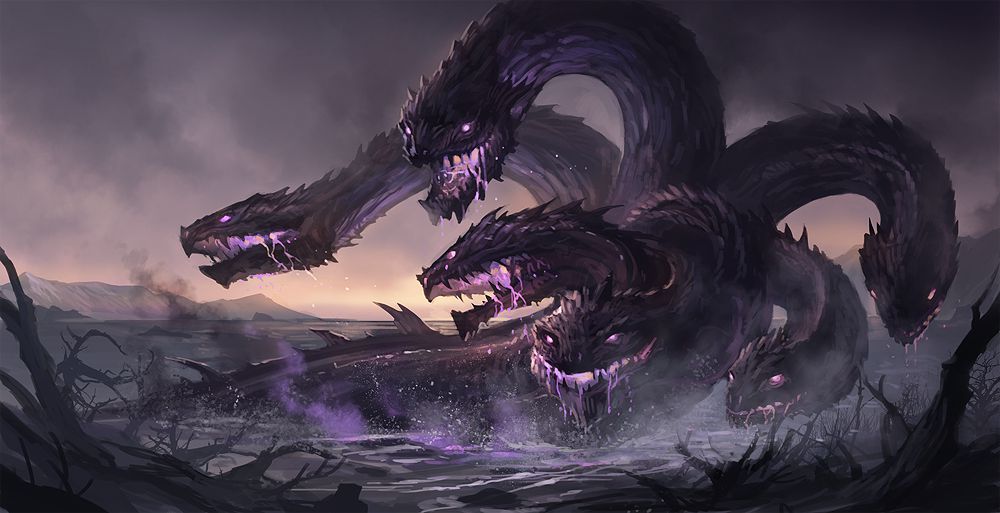